Stories about our audience: 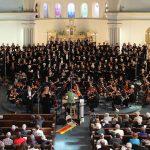 Ein deutsches Requiem — An Appreciation - When BCCO sang the Requiem in Arlene Sagan's last semester, my husband wrote this Appreciation of one of favorite pieces by his favorite composer. 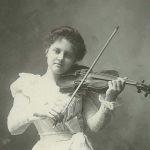 My Grandmother and Mendelssohn - In 1897, my grandmother, Charlotte Demuth Williams, a seventeen-year-old young woman from a small town in Ohio, who had not begun her study of violin until she was twelve, was given the singular honor of playing the Mendelssohn Violin Concerto at the 50th anniversary of the composer’s death. 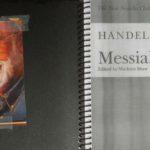 Singing for Jack - Singing my way through grief. 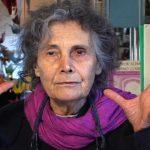 Is She That Conductor? - Is Arlene Sagan the same conductor who transported me that December of 1981? 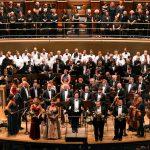 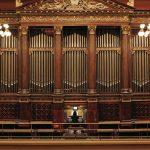 Bill Hocker, BCCO Photographer - Bill Hocker began taking photos of BCCO in the spring of 2011. He was originally attracted to the space and architecture of St. Joseph the Worker Church, but once he started photographing the chorus he was hooked. 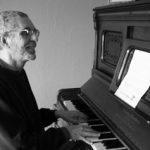 my partner in crime and music - audience members we remember: my older brother and I were tight, for better or worse. We fought, we played, we confided and we sang.