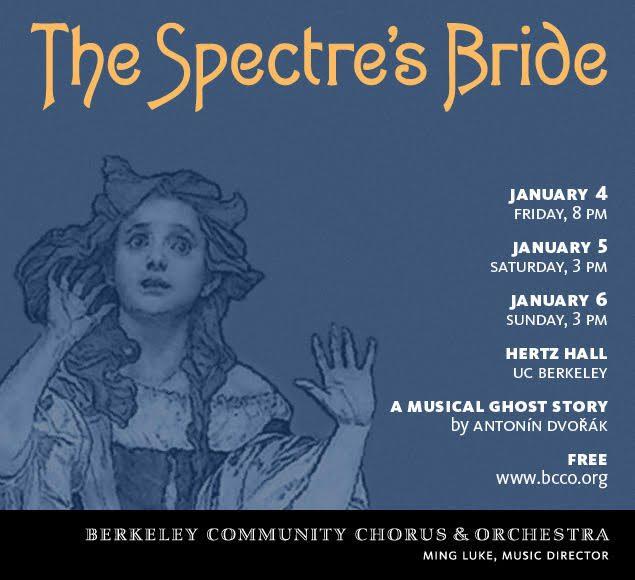 BCCO performs Antonín Dvořák’s 1885 cantata based on Svatební košile, a ballad written by Czech poet Karel Jaromíra Erben, in 1773, which became a widely distributed ghost story. In the ballad, a lovelorn maiden is reunited with her dead lover, who tries to trick her into a midnight wedding at a graveyard after dragging her through muddy swamps filled with ghosts and howling animals, as she tries to save herself.

According to a reviewer in The Monthly Musical Record (October 1, 1885):

“Thursday evening brought to hearing what was, after all, the real magnum opus of the festival – Dvořák’s cantata, The Spectre’s Bride. Within my assigned limits description or analysis is impossible. My readers will be sure to obtain such a masterpiece, and study it for themselves; but the pianoforte arrangement, clever as it is, conveys no sort of idea of the effect produced in performance. Such descriptive orchestral colouring, such weird, but always artistic, treatment of the supernatural, I never heard before.”

Our three soloists are the winners of BCCO’s Vocal Soloist Competition: