Ming Luke, our music director since fall 2011, is rapidly establishing himself as an exciting and versatile conductor, at ease in both choral and orchestral worlds. In addition to his position at BCCO, he is the primary Guest Conductor for the San Francisco Ballet, the Music Director for the Merced Symphony, and Associate Director for the Berkeley Symphony, where he is in charge of the symphony’s education program. He holds an MFA in Fine Arts in Conducting from Carnegie Mellon University and a Bachelor of Music in Music Education and Piano Pedagogy from Westminster Choir College of Rider University.

Stories about our current music director: 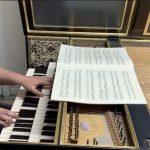 Virtual Rehearsal, April 27 - This week's virtual rehearsal focused on variations in musical interpretation, and featured a presentation on and performance of the Goldberg Variations by Derek Tam. 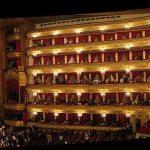 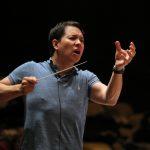 On singing Russian music with BCCO at this time in history - Music Director Ming Luke talks about the challenges and importance of singing Russian choral works in our current season. 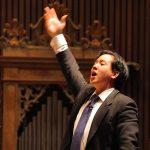 On Dvorák and the Stabat Mater - Reflections on learning Dvorak's Stabat Mater, and how it relates to other Dvorak symphonic choral works. 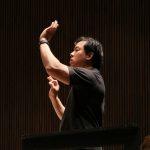 Preparing to conduct Britten’s War Requiem - Performances are just a week away; some reflections on conducting Britten’s masterwork. 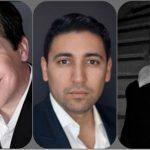 Our Soloists for Britten’s War Requiem - About our soloists: Carrie Hennessey, Brian Thorsett, and Efraín Solis. 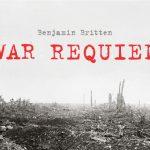 The Power of Music in our Human Experience - Britten's War Requiem is difficult music, and not just because of the notes, but also the subject. 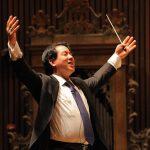 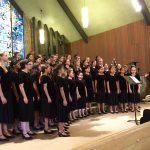 Collaborating with the San Francisco Girls Chorus - Why a girl's chorus instead of the traditional boy's choir for Britten's Requiem? Here are some thoughts.

The Voice Jury - A tale from my student days. 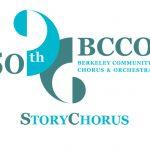 Ming Luke on 50th Anniversary Repertoire - Video recording of Ming talking to chorus at November 30 rehearsal about the 50th anniversary repertoire and how it reflects the history and spirit of BCCO.

Happy Holidays, BCCO! - Some thoughts from Ming to ponder over the holidays, before our first anniversary concerts. 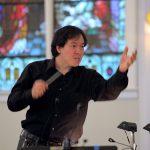 Ming’s Musings: On New Compositions, Kurt Erickson - Here I discuss my love of working on new compositions, such as the Kurt Erickson piece, “I Think I Shall Praise Him,” commissioned for BCCO’s 50th anniversary. 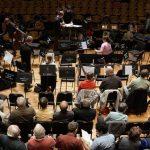 Finlandia, 50 years ago - Finlandia,by Jean Sibelius, was often performed as an audience sing-along under Arlene Sagan. It also has an unexpected connection to BCCO's anniversary. 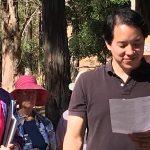 BCCO Embodies Music for Everyone - BCCO Music Director Ming Luke reflects on BCCO's commitment to music for everyone.